The Hugos have opened for voting! 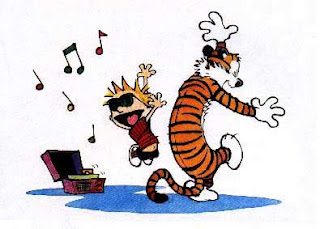 Fortunately, the deadline has been extended a week (to July 22, although that might make it tight on CoNZealand's end).

This category used to be called the John W. Campbell award for Best New Writer, until the acceptance speech of last year's winner, Jeannette Ng (itself a nominee for Best Related Work this year, which I will get to). After that uproar, Dell Magazines, the owner and administrator of the award--it's included in the Hugo ceremony, but is quote-unquote "not a Hugo," the same as the new Lodestar Award--changed the name to the Astounding Award for Best New Writer.

This category is a bit different in that there were no nominees I actively disliked: no "Sorry, No," in other words. Instead, there were two that made the final cut and four that were on the border, as it were.

Knocking On the Door


Nibedita Sen secured this nomination on the strength of her short stories; indeed, her "Ten Excerpts from an Annotated Bibliography on the Cannibal Women of Ratnabar Island" is a finalist for Best Short Story (although I preferred another story she included in her packet, "Leviathan Sings To Me In the Deep," a twisty little horror tale of a whale who gets the ultimate revenge on her whaler). It is a bit unfair to compare the writers of novels to the writers of short stories, as the book writer gets more of a chance to show off her skills at longer lengths. On the other hand, it is a testament to Nibedita Sen's skills as a writer that she made the ballot with her short stories, even if she didn't ascend to the top spot, for me. 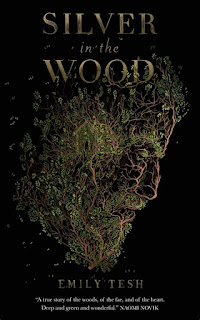 Emily Tesh made the ballot on the strength of this novella, a retelling of the Green Man legend. This was...okay, but it didn't excite me all that much. 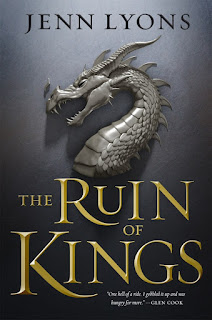 This is a chunky doorstopper fantasy from Jenn Lyons, if you like that sort of thing. It was a bit more focused than the usual, not succumbing to the cast-of-thousands-and-dozens-of-POVs that tend to put me off reading them, so I did manage to finish it. Having said that, I doubt I'll jump back into the series again. 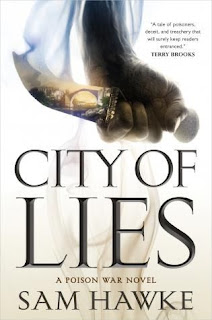 Sam Hawke's book is definitely a step up from the previous finalist, both in characterization and worldbuilding. As a first novel, it did have some pacing problems (as they usually do), especially at the climax, but the characters were well-drawn and engaging.

We Have a Winnah! 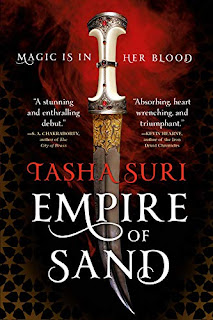 Tasha Suri's novel was a most pleasant surprise, and one I might have overlooked had she not appeared on the Astounding ballot. This novel, inspired by Indian history with a magic system based in Hindu beliefs and rites, is a damn fine debut.

R.F. Kuang's outstanding second novel was one of my five-star reads from last year, so it's no surprise that Kuang takes the top slot (although Tasha Suri gave her a bit of a run for her money). This is a brutal, bloody story of war and insane gods, and needs just about all the content warnings you can muster, so be warned.

Next up: Fan Writer

You have a very similar ballot to mine (I have Suri 1, Kuang 2), and I'm not sure if you read Tasha Suri's second novel Realm of Ash, but it's also just as good. I had Sen 3rd though since I guess I liked her short stories better.

Also to be fair, Jenn Lyons' second epic fantasy novel, also written in the voting period, The Name of All Things, is a significant improvement over the first novel (which I merely liked). Alas, it's just as long, so I'd understand if you don't want to commit to it after the first novel being merely okay.

I have Realm of Ash checked out from the library, but reading it is on hold till after next week.

Fortunately, I set aside this week for vacation (and CoNZealand extended the voting time) or I wouldn't have enough time to get everything tabulated.