The Hugo Project: "Wisdom From My Internet"

(Note: This is the latest in an ongoing series of posts reviewing as many of the 2015 Hugo nominees as I can before the July 31 deadline, and explaining why I will or will not vote for them.)

Apparently, in deciding to review the Related Works category next, I've entered the self-flagellating phase of this endeavor. Another unpleasant encounter with John C. Wright awaits me; I'm saving his entry till last. I picked "Wisdom From My Internet" to review first, mainly to see if all the rumblings I've heard about it are true, and it is indeed the worst thing to disgrace the ballot in decades.

May I be perfectly frank for a moment?

What the hell is this shit?

I really don't want to hurt Michael Z. Williamson's feelings, but I'm afraid it's going to be unavoidable. I'm assuming he possesses an average or even greater-than-average intelligence, since he is after all a writer. Therefore, I cannot fathom what he was thinking, loosing this fulminating excreta on an unsuspecting world. This does not even have the inexperienced well-meaning of a trunk novel. (Especially since it's not a novel at all, and has nothing to do with either science or fiction, or even coherence.) It should, bluntly, be taken out back and shot, then stomped into the ground and burned, the ashes thereafter buried and the earth atop them salted, so until the expansion of the Sun and the death of the Earth however many billions of years in the future, it shall never be seen or thought of again.

I'm not even going to quote from it, because I would end up posting all 113 pages and violating fair use, and my fisking thereof  would be War and Peace-like in its length. (I will say the "Sex" section is particularly stupid.) The best way I can sum it up is this.

I've been on Twitter for not quite five years. In that time, I've amassed 12,600 tweets. I do tend to be a wordy wench, using &'s and u's and other abbreviations to shoehorn my tweets under the limit, so let's assume an average of 125 words per tweet. This comes out to...well, let's say a Brandon Sanderson-sized doorstop. If I attempted to publish this meandering, narcissistic nonsense (although I really hope every publishing house would laugh in my face), then I would have the equivalent of Wisdom From My Internet.

Would it be worthy of a Hugo, or even of being on the ballot? 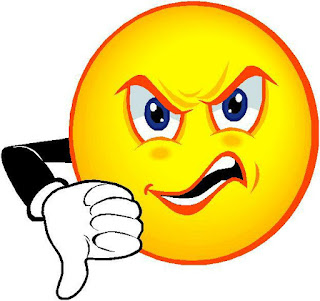 Email ThisBlogThis!Share to TwitterShare to FacebookShare to Pinterest
Labels: Hugos 2015, the Hugo Project