In the Blu-Ray Boudoir: Men In Black: International 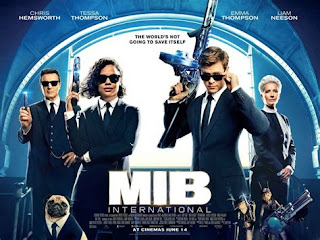 I have fond memories of the original Men in Black. Will Smith and Tommy Lee Jones played off each other beautifully, and the latter's craggy face completely sold the idea of someone growing old in this risky, batshit crazy job and wanting to get out of it. The film had a fresh feel to it, and most of the jokes were genuinely funny.

That wasn't the case with this film, unfortunately.

Full disclosure: I like Chris Hemsworth and Tessa Thompson as actors. Hemsworth has, of course, done a very good job in Marvel's Thor franchise, as has Thompson. The two of them had great chemistry in Thor: Ragnarok. Thompson was also good in Boots Riley's sci-fi satire Sorry To Bother You, and great in Janelle Monae's full-length video version of her album Dirty Computer. So I went into this movie predisposed to like it. That lasted about....an hour. 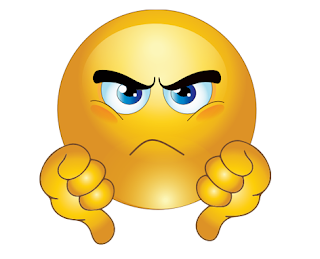 I've found that as I've grown older, I have less and less patience for stuff I don't like. About halfway through this movie, I realized the story was dull and insipid, the rapid-fire dialogue was not nearly as clever as it thought it was, I could not figure out why Hemsworth's character was considered such a screwup, the film's director had completely quashed the chemistry Taika Waititi drew from Hemsworth and Thompson in Thor: Ragnarok, and despite the presence of a luminous, silver-haired Emma Thompson, the entire movie was giving me a bad case of the Eight Deadly Words: "I Don't Care What Happens To These People!"

At which point I yanked the disc out of my Blu-ray player and went on with my life. Mainly, logging on to Disney+, finally getting the damn thing to work  (by streaming it with Microsoft Edge), and catching up with The Mandalorian. (Which I will talk about when the season is done.) This disc goes back to the library tomorrow. Fortunately, I didn't spend any money on it.
Posted by Bonnie McDaniel on 12/02/2019