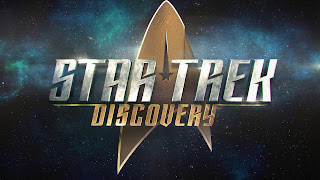 (I'll try to keep this as vague as possible, to avoid too many spoilers.)


This first episode is definitely lighter in tone, even with their Priority One threat. Hopefully they can maintain a good balance. We'll see. I'll give this one a B to start off with, and we'll go on from there. See you next Thursday!
Posted by Bonnie McDaniel on 1/17/2019