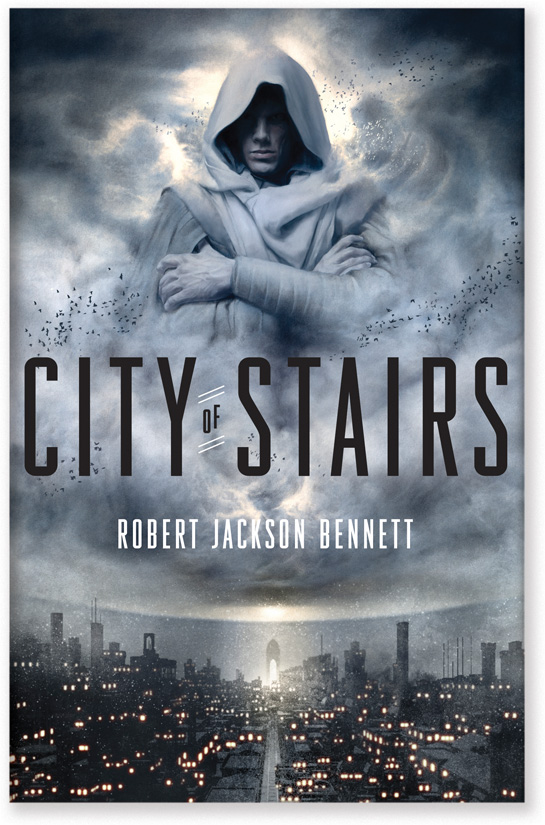 This is another nominee in the new Best Series category. I've heard a lot of good things about this series (the Divine Cities), but as I've never read anything by the author I went into it pretty much cold. At first I wasn't sure if this would be my cup of tea, but slowly and surely the story drew me in.

This is a tale of ancient gods who are not quite as dead as they seem, of "miracles" and magic, of a conquered island who threw off the yoke of the oppressor and became the tyrant in its own turn. The bloody history slowly revealed here is deep and rich, with myths that come to horrifying life. There are subtexts of colonialism, and the arrogance of an occupying nation denying and attempting to erase a Continent's history that comes back to bite it in the ass, all wrapped up in a breathtaking final act where past and present collide.

Our protagonist is Shara Thivani, the great-granddaughter of the man who defeated the gods (this becomes very important at the story's end), a spy masquerading as a diplomat. Shara is not a kickass type of woman--although there is definitely one of those present, in the person of one General Turyin Mulaghesh--as she is short, unimposing, and wears glasses. But the way she outthinks and outmaneuvers her enemies is impressive, as is her persistence and determination. The fact that she has a nigh-unstoppable killing machine called Sigrud by her side, posing as her "secretary," also helps as the odds get steeper, although Shara puts all the pieces together and pulls off the victory at the story's end basically by herself, defeating two resurrected Divinities. (With some help from Sigrud, flying a magical steel airship.)

This probably sounds completely over the top. Let me assure you, it's not. The mystery plot clicks right along, and the story is tense and nail-biting. The Divine Cities, with their six dead (and not-so-dead) gods, is one of the most original settings I've read in a while. I've since checked out the second and third volumes of the series from the library, and am eager to tackle them. (In the process I had to return Brandon Sanderson's The Way of Kings unread, because of holds from other patrons. I'm not terribly sad about that. Just contemplating that six-inch brick exhausted me.)

The only knock the reader might have against this series is that it's written in third person, present tense. This may strike some people as an impossibly artsy-fartsy choice, and it did take a bit of getting used to. But as the plot kicked into high gear for the final battle, the immediacy of the present-tense narration made for a fast, absorbing read. This is a memorable first book, and I hope the others can live up to it.
Posted by Bonnie McDaniel on 5/20/2018