Interlude: The Definition of Insanity

My governor, Doug Ducey, is a "trickle-down" fanatic. He believes in the nonsensical notion (popularized more than 30 years ago by Saint Reagan) that cutting taxes, particularly corporate taxes, will cause an explosion of growth that makes up for the lost revenue.

So it was that yesterday I was surprised (not) to see this headline in my local paper.

The Arizona Legislature’s budget analysts on Thursday predicted a budget shortfall that could top $100 million in the current and coming year as the impact of corporate tax cuts continues to overwhelm increases in sales, insurance premium and personal income tax collections.

Chief budget analyst Richard Stavneak told economists and state officials who make up the Legislature’s Finance Advisory Committee that the shortfall will hit $104 million. That’s out of an expected $10 billion in spending for the budget year that begins next July 1. A panel of state lawmakers also attended the meeting.

Excluded from that projection is $90 million in current spending that is labeled one-time but appears to be an ongoing commitment by the Legislature and Gov. Doug Ducey, Stavneak said. That puts the expected shortfall next year close to $200 million if that spending isn’t cut. The revenue picture could also brighten, but signals are mixed, he said.

This is the same kind of bullshit that Kansas Governor Sam Brownback pushed. How is Kansas doing?

Kansas, facing huge budget deficits, wonders what to do next

From the second article:

A: There are hundreds of bar graphs and pie charts and, someday, probably cartoons to illustrate this, but the very quick version is: Republican Gov. Sam Brownback proposed dramatic cuts to personal income tax receipts in 2012, a position consistent with the tea party movement that aimed to take spending out of government hands.

The Legislature approved the tax cuts. The strategy has faded somewhat nationally but lives on as the governing philosophy in Kansas, even though the cuts did not spur economic growth as their proponents predicted. Result: the gaping holes in the state budget.

This idiocy has been debunked over and over again. And now my state is headed down this same misguided path.

What's the definition of insanity again? 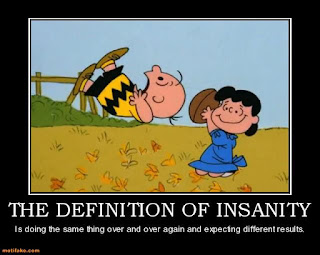