And Now, A Political Interlude

Today my local paper featured this story on the front page. 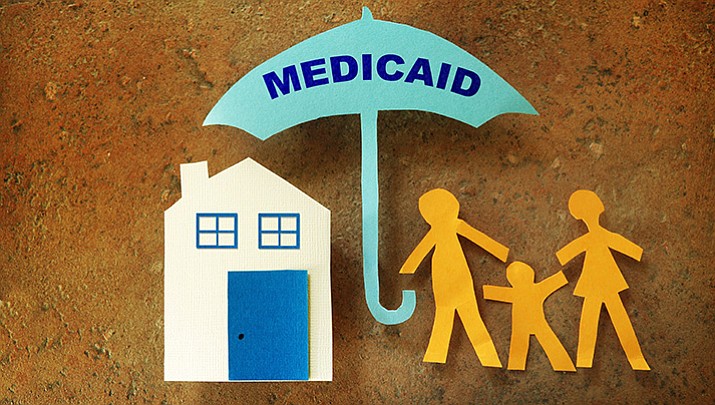 The analysis by the state’s Medicaid plan obtained by The Associated Press Friday shows keeping most of those people insured would cost the state nearly $500 million a year by 2023.

In a Republican-led state where tax increases are nearly impossible to enact, that’s extremely unlikely.

The report looks at the patients who gained coverage under a Medicaid expansion pushed through in 2013 by former Gov. Jan Brewer over opposition from many in her own party. It now covers about 400,000 Arizonans out of the 1.9 million covered by Medicaid in the state.

The analysis released Friday by Arizona’s Medicaid plan looks at several scenarios, none of them pretty for the poor Arizonans currently on Medicaid.

Freezing the current enrollment for the two populations covered by expansion is one option. Another is to only freeze those in the plan who earn above the poverty level.

But the current GOP plan would cut matching funds to states, increasing costs.

Since we have a Republican governor springing from the mold of Kansas' Sam Brownback (i.e., cut taxes every year, no matter what that does to the state coffers, or how public education, to name just one example, suffers as a result), he would never support raising taxes to cover the shortfall, nor would the majority Republican Legislature pass any such thing. So all these people would be shit out of luck. And since, as the story notes, most of these people earn less than the federal poverty level, good luck on them being able to buy insurance on their own.

To put it bluntly, that is obscene.

What do you expect these people to do when they get sick? They're just going to clog the emergency rooms like they did before, and hospitals will lose money from their uncompensated care (which just means you and I, the everyday taxpayer, will pick up the slack). Or, y'know, they'll do what the Republicans seem to want them to do, which is die and get out of the way.

And in the meantime, this asshole Paul Ryan will chortle over finally getting to reduce an "entitlement."


I've said for some time that the driving theme of the Republican party is a simple five words: "I've got mine; fuck you." They don't believe in civilization, other than as a form of feudalism for the 0.01%. They certainly don't believe in the words of Jesus, with his famous refrain: "As you did it to the least of these my brothers, you did it to me."

And now they've voted a narcissistic, tinyhanded monster into the highest office in the land, who will push this clusterfuck that will kill people (hey, remember the retired coal miners, many of whom are afflicted with black lung disease? Say bye-bye to your health care too! And all you malingering old farts who live alone and can't work or drive and get a free Meal on Wheel every day? Screw you, suckers!!) on the country.

Email ThisBlogThis!Share to TwitterShare to FacebookShare to Pinterest
Labels: "the poor will always be with you", ranty mc rant rant, Trumpocalypse, Zonitics