By now, everyone who's been following the Hugo controversy this year knows what happened to the legal-but-unethical Sad/Rabid Puppy ballot. 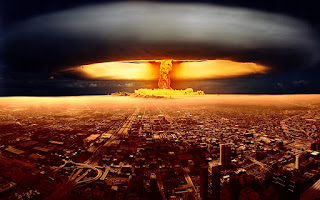 Here's a roundup of the many articles and comments. (The last link is a sad commentary on what could have and should have been. So many worthy works pushed off the ballot--not the least of which was the last beautiful heartbreaking story by the late Eugie Foster--and all for the sake of a blind egotistical Nutty Nugget circle jerk. Faugh.)

I watched the ceremony via UStream (and a shoutout to those folks for their flawless streaming) and fist-pumped several times during the ceremony, particularly for the appearance of Mr. Noah Ward for the Best Novella and Best Related Work categories. By that time, it was obvious that the Canines were going down. Unfortunately, this isn't the end of it. The Impacted Canines' eyeballs may be turning brown, but they don't intend to give it up. Indeed, I'm sure we're in for another year of this nonsense. There were two proposals passed at the Hugo Business Meeting today--E Pluribus Hugo and 4/6--that will curb slating in the future, but these still need to be ratified next year. Which means that 2016 is wide open for another slate, and the Brown-Eyed Pups are already gearing up for it.

(Which is rather contradictory to their stated wishes: to get many more people to vote for the Hugos. They succeeded. If they were honorable, they would accept the thorough repudiation of the voters and retire from the field, or at least stop with the slating. They're not going to do that. Y'all can draw your own conclusions.)

So, what to do? The answer is obvious: NOMINATE NOMINATE NOMINATE. There were nearly 6000 voters for the Hugos this year, a tremendous increase, and a total membership of over 11,000. ALL of those people have nominating privileges for the awards next year. (I'm sure a fair number, including me, have already purchased supporting memberships for MidAmericaCon II, which is to be held next year in Kansas City.) If half or two-thirds of these people would read whatever they normally would and nominate what they loved, we could send the Puppies back to their kennels with nary a whimper.

To that end, from here on out I plan to post reviews of books and stories I have read that are eligible for next year's awards. I also urge people to take advantage of the Hugo Awards Google Doc and the Hugo Awards Wikia, which are lists of potential nominees. (They're especially useful for the short fiction nominees.) I've already added some names to the former. When the time comes, I'll publish my own nominating list, with relevant links.

We can do this, folks, if we all pull together. Let's get to it. 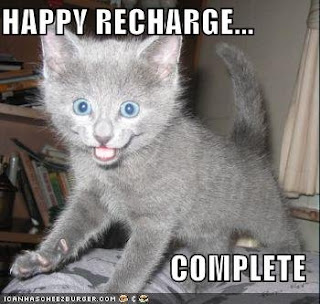 All astute comments, Bonnie, so thank you as always.

A caution, and I've tried to get this across in other places too, notably on File770: Do not take for granted that 4 of 6 and EPH will be ratified at the MidAmeriCon II WSFS Business Meeting in Kansas City, MO. My wife Deirdre and I will, once again, be at the Business Meeting to support them, and so will many other fans, but there is a very long history of Business Meeting measures being amended or killed on second consideration. The regulars are very, very reluctant to take (what they see as) hasty steps, especially ones that amend the WSFS Constitution, because that has gone badly enough in the past to merit caution. There is also legitimate concern about appearing partisan in suddenly moving from a simple voting protocol to a complex and opaque one The regulars are very serious about both being and seeming neutral in fannish politics.

I'm personally guessing that it's more likely than not that the two measures will either be amended in a way that restarts the ratification clock (i.e., not a lesser change) or killed outright. Much depends on who and how many attending WSFSans show up. If most of the 300 from Sasquan turn out in force again, no problem, but I seriously doubt that will happen. If it's the usual ~50 regulars, I think the measures are in trouble.

Mind you, in no way would such voting be out of a desire to assist Puppydom. It's more that the regulars are deeply unsure that the proposed measures are either democratic or good for WSFS. And, of course, they may be right.