Asshat of the Day


As protesters assembled on a beach in advance of Mitt Romney's evening event at the home of conservative billionaire David Koch, the candidate slipped to East Hampton for his first of three fundraisers on this tony stretch of Long Island.


The line of Range Rovers, BMWs, Porsche roadsters and one gleaming cherry red Ferrari began queuing outside of Revlon Chairman Ronald Perelman's estate off Montauk Highway long before Romney arrived, as campaign aides and staffers in white polo shirts emblazoned with the logo of Perelman's property -- the Creeks -- checked off names under tight security.


A New York City donor a few cars back, who also would not give her name, said Romney needed to do a better job connecting. "I don't think the common person is getting it," she said from the passenger seat of a Range Rover stamped with East Hampton beach permits. "Nobody understands why Obama is hurting them.

If you think there's something about this election I don't understand, then I challenge you to explain it to me.

I challenge you to get in your Range Rover and drive across the country to my house (oh, pardon me, my manufactured home)--yes, drive, not fly, because I really think you need to get your head out of your ass and see how the "common people" live (and you're not allowed to whine about gas prices in your 14 mpg, $80,000 vehicle along the way)--and explain to me just how you think President Obama is hurting me.

I'd like for you to explain to me how it hurts me for the President to have saved the auto industry.

I'd like for you to explain to me how it hurts me for the President to have ended the war in Iraq.

I'd like for you to explain to me how it hurts me for the President to have ended "Don't Ask, Don't Tell."

I'd like for you to explain to me how it hurts me for President Obama to have signed the Lily Ledbetter Fair Pay Act.

I'd like for you to explain to me how it hurts me for President Obama to have killed Osama bin Laden.

Finally, I'd like for you to explain to me just why it's oh so sad that you, as a millionaire, pay one of the lowest tax rates in history. 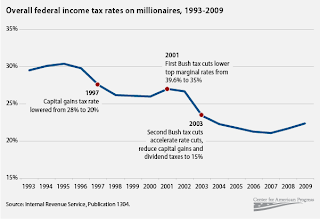 Since you have such a high opinion of my intelligence, I'll even let you use words of one syllable.

And when you're done with all that, I'd really like for you to explain to me why you're such a stupid, clueless, arrogant, condescending jackass.

Email ThisBlogThis!Share to TwitterShare to FacebookShare to Pinterest
Labels: asshat of the day, cluelessness, hubris