It's a combination you wouldn't think could work, but in Tim O'Brien's capable hands, it meshes splendidly. 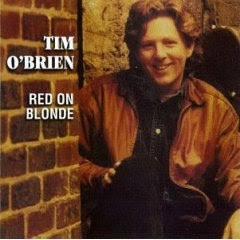 The major problem I have with Dylan, one that renders him virtually unlistenable, is the fact that he's such a rotten singer you can't understand what he's frakking saying. He may be the best songwriter to grace the planet (indeed, these songs make something of a case for that), but if you can't comprehend those lyrics in the first place, his genius isn't going to do anybody any good.

Tim's covering these songs eliminates that barrier and lets the intelligent, sardonic wit of the songwriter shine through. These are lyrics you need to listen to three or four times to get their full import. The bluegrass instrumentation works very well indeed--especially since I love me some banjo, and there's plenty here. (There's also a hilarious "bluegrass rap" version of "Subterranean Homesick Blues.") I've thoroughly enjoyed all of Tim O'Brien's music, but this is a standout. I wish he'd go back to Dylan's well again.

(Oh, and this week's "Battlestar Galactica" episode--Oh. My. God. The best FRAKKING show on television.)
Posted by Unknown on 5/11/2008

Amen on the BSG sentiment. Hot damn, what a show!

Awesome blog. I like the way you think and write. Consider yourself bookmarked (or, rather, consider your feed loaded into my Google Reader account). Anyone who watches BSG is a winner in my book, even if disagree with me on one political issue or two.

On a more serious note, it is genuinely refreshing to see a viewpoint like yours, a Christian feminist viewpoint, in a world where Christianity seems to be dominated by Pat Robertson and his ilk. It gives me a happy.

And yes, that episode of BSG was frakking amazing.